It can take years for a public school district to conceive, design and build a new school — but here’s a story about the incredibly fast creation of what could be America’s coolest new high school. It started a few months ago, when a friend asked Austin Beutner, superintendent of the Los Angeles Unified School District, if he wanted to open a new public high school. He wasn’t asking for himself but, rather, on behalf of Andre Young, better known as Dr. Dre, and Jimmy Iovine.

Young and Iovine, both successful producers and entrepreneurs, had, nearly a decade earlier, helped found a namesake school at the University of Southern California. It combines art, design, technology and entrepreneurship in a multidisciplinary academy that has about 120 to 130 undergraduates and at least 200 graduate students.

The two men, along with Erica Muhl, dean of USC’s Jimmy Iovine and Andre Young Academy, wanted to introduce younger students to the same ideas being taught in the academy, so they investigated the best way to bring their program to the high school level. They decided they wanted to do it in a public district school — not a private or charter school — and that’s where Beutner and Los Angeles Unified came in.

After a difficult year leading the country’s second-largest school district through the coronavirus pandemic, Beutner is ending his three-year tenure as superintendent on June 30, turning down an offer from the school board to stay. He could have dismissed the idea as too difficult to get through the bureaucracy in the short amount of time he had left in the district, whose student body is 84 percent Black and Latino. He didn’t. Instead, he jumped in.

“We agreed on the mission. We agreed on the objective. So we said, ‘Let’s look at all the ways the bureaucracy could stifle this or embrace it, and let’s get those out of the way,’ ” Beutner said. “Let’s bring this opportunity into a neighborhood that hasn’t seen opportunity, which is what we should be doing all day long.” 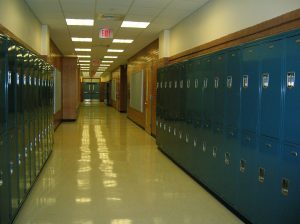 Iovine said his and Young’s interest in educating young people in these disciplines began when they started the audio brand Beats in 2006. Beats needed the talents of people in different fields, such as engineering, design and the arts. What Iovine and Young discovered, he said, was that the people they were hiring in different fields “really didn’t understand the why of each other.”

“People were really siloed in their education,” Iovine said, adding, for example, that engineers didn’t understand the language of designers and vice versa. So he and Young went to USC and said they wanted to financially and creatively back a new interdisciplinary academy (something that is still too rare in education at every level). According to Muhl, their academy at USC is different from other college interdisciplinary programs because the curriculum, built from scratch, integrates core disciplines into each and every class. There is a lot of coordination across classes and faculty, with team teaching and group learning.

Now they are helping Los Angeles Unified bring the same project-based, interdisciplinary learning approach to high school students. “We want to meet [high school students] on their terms, with something they can relate to, that will make them want to come to school,” Iovine said in an interview. “At the same time, we are giving them an education so that when they apply to college or the workforce, they will be the thinkers people are looking for. Kids that lean toward technology or design or toward the arts will be working together on projects. They will develop critical thinking skills, interdisciplinary language, so when they go into the workforce, they can say, ‘I understand why these people do what they do,’ ” Iovine continued.

After learning about the project, Beutner was determined to get it done in Los Angeles Unified — fast. He said his team quickly figured out how to move ahead while complying with district rules about opening new schools and how a new multidisciplinary curriculum melding design, the arts, engineering and entrepreneurship would meet state standards. Within a few months, he, Young, Iovine and Muhl had secured a location for the school; made operational, staffing and curricular plans; and persuaded the L.A. Board of Education to approve it as a pilot magnet school set to open in fall 2022 with ninth and 10th grades. The 11th and 12th grades would follow the next year. Teachers and staff members will come from the district and be trained by people from the USC academy.

The new high school is being co-located in a middle school with the idea of eventually being introduced to even younger students. Beutner said the district would fund the school and staff — with Iovine and Young paying for whatever extras are necessary for the program to be successful. Iovine said he and Young were ready to help scale the high school program across the country — financially and otherwise.

“There’s no ceiling on this,” Beutner said. “It’s really a question of getting it right and then scaling. One of the things that sometimes gets lost in the out-year goals is making sure that you build the foundation right,” he said. “The USC team is critical. Getting the curriculum right. Getting the training right. How to tell the story to students so they want to come.”

Boston Tutoring Services has been a lifesaver for our daughter. Everytime I send an e-mail or make an inquiry the response is very prompt and clear. We have been very pleased with both the quality and experience of our math tutor from “BTS,” Michaela Annunziata. She really takes the time to explore with my daughter what her needs are, and how to address them in a gentle and responsible manner. Thank you!