During development a child’s mind is a veritable sponge, absorbing knowledge in ways adult brains simply cannot.  This is why it’s an ideal stage to start learning a new language! Here are five key points that make learning foreign languages at an early age so valuable.

1. Better language acquisition. A child who learns a foreign language at a young age (from birth to about 10 years old) will pick it up much easier, and have the capacity to speak like a native! Young children have an incredible ability to absorb and reproduce new sounds, meaning they are able to learn pronunciation like a native speaker. While it’s certainly possible to become highly competent at a language at any age, it requires more effort as you get older. Learning when young allows opportunities to associate a new language with fun and play activities and for making mistakes without the self-consciousness or embarrassment that often act as blocks for older students.

2. Cognitive benefits and mental health. Experts point out that learning a foreign language can lead to improvements in the ability to concentrate, greater mental agility, improvement in memory and attention, the ability to effectively perform several tasks at the same time, and the ability to make more connections between different concepts. Bilingual children as young as seven months have been shown to better adjust to environmental changes, and bilingualism also seems to protect against dementia. Research also shows that there is a relationship between early bilingualism and creativity. What’s more, children who speak another language have a greater ability to solve problems, which is an important quality for future success. 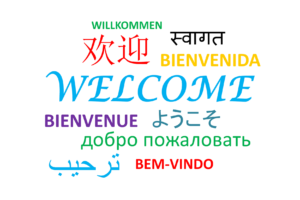 3. Educational benefits. The above benefits lead on to the next one: children who learn more than one language have been shown to have an advantage at school! Research from the Millenium Cohort Study has found that children who speak more than one language generally do better in school than monolingual students in verbal and maths standardized tests by the age of seven.

4. Better future job opportunities. Giving the gift of another language to your child can mean they have more employment opportunities when they are older. Many companies and employers place a lot of importance on having a second language, and applicants who speak more than their native tongue may well have the advantage. In particular, opportunities for work in fields such as tourism, translation/interpretation, teaching and journalism all open up if you speak more than one language, not to mention the possibilities for working in other countries.

5. Increase cultural awareness. Children who grow up learning a foreign language develop more curiosity and appreciation for the world around them and for different cultures. Through language, they can become more aware of the uniqueness and diversity of different cultures, contributing greatly to their personal development and encouraging open-mindedness, tolerance and a sense of global citizenship.

Allison Feigelman is a fantastic tutor!  My daughter learned from Allison the next level of math skills, testing strategies and gained the confidence needed to enter the ISEE on Saturday.  We enjoyed learning with Allison and only wished we had an excuse to purchase additional hours to spend more time with Allison because we really like her too! We will definitely contact you should we need additional tutoring services in the future.